An Introduction to B Vitamins: Why So Many?

We all know that getting enough vitamins is important. We’re hearing all the time how we should eat more fruit to get enough vitamin C, or go out in the sun to absorb vitamin D. But what’s the deal with vitamin B and why are there so many different varieties of it? There are 8 B vitamins in total, and it turns out that they’re totally distinct from one another, even though they share some similarities. While making sure to get enough of all 8 may seem like a daunting task at first, it’s luckily not as difficult as it sounds.

When I first started learning about nutrition, I was confused for a long time about the differences between the various B vitamins. If you’re still unsure yourself, this article will help answer some basic questions like “Why are there so many types of vitamin B?” Learning why involves a brief history lesson. Then we’ll go over the necessities of each vitamin along with the best sources of each.

To put it simply, vitamins are organic compounds which humans can’t synthesize on their own. Vitamins can either be fat soluble or water soluble. Fat soluble vitamins are easier for the body to store, which means we don’t have to constantly worry about consuming them every day.

Water soluble vitamins, on the other hand, cannot be stored by the body so they must be consumed every day via food or supplements. Most vitamins are fat soluble, but vitamin C and all B vitamins are water soluble. This common characteristic is one reason why it was originally thought that there was only a single B vitamin. (1)

The word vitamin means “vital protein,” because it was originally believed that nutritional deficiency diseases such as scurvy were caused by a lack of some type of protein. Even though we now know that vitamins and proteins are two completely separate things, the word stuck for good. (2)

Why are There so Many Types of Vitamin B?

Understanding why there’s one vitamin A and one vitamin C, with a whole 8 vitamin B’s in between them, requires a closer look at the earliest discoveries of these organic compounds. Before vitamins were discovered, many scientists believed that optimal health simply had to do with the right balance of carbohydrates, fats and proteins.

However, when trying to figure out why people were suffering from diseases like scurvy (caused by vitamin C deficiency) or pellagra (vitamin B3 deficiency), it was clear that there were more pieces to the puzzle than simply getting enough of the three macronutrients.

The first vitamin discovered was appropriately named vitamin A. Scientists in Wisconsin were trying to figure out why a group of cows being fed wheat were dying from malnutrition while another group was thriving off of a corn based diet. It turned out that the wheat was being processed before being fed to the cows. During the processing, vital nutrients were inadvertently being removed.

After lots of experimentation, a scientist named Elmer McCollum was able to isolate the compound that was missing from the dying cows’ diet, which we now know as vitamin A.

Shortly thereafter, ‘vitamin B’ was discovered by a man named Casimir Funk, the same man who came up with the term ‘vitamin’ in the first place. Theorizing that many “deficiency diseases” were caused by a lack of a particular nutrient, Funk went on looking for what this missing nutrient might be.

When studying a disease called beriberi in a group of Asian villagers who mostly ate polished rice, Funk hypothesized that vital nutrients were being lost in the process of polishing the grains. By studying the discarded outer layers of the rice, Funk was able to isolate a water soluble compound which he named vitamin B, now known as thiamin, or vitamin B1. (2)

Looking at the timeline of vitamin discoveries, vitamin B1 was discovered in 1912 – the same year as vitamin C. This was a whole 12 years before riboflavin, or vitamin B2, was discovered. After that, a majority of the other B vitamins were not even found until the 1930’s. (3)

But if nutrients like riboflavin or niacin were discovered later, why not just give them higher letters in the alphabet? The reason is likely that even though different B vitamins are distinct from one another, the vitamins still share enough in common to be grouped together into what we now call ‘vitamin B complex.’

What B Vitamins Have in Common

There are some similarities between the different B vitamins, which helps explain why there were originally thought to be much fewer. As mentioned above, the main characteristic they have in common is that they’re all water soluble.

Regarding the role B vitamins play in the body, their main functions typically involve helping the body derive energy from food, as well as aiding in adrenal function and supporting the nervous system. But that doesn’t mean you’ll be fine if you intake only some of the 8 vitamin B’s while ignoring others. That could result in some potentially serious side effects and diseases.

Another similarity is that different vitamin B’s are often found together in the same types of food. That’s why getting all your vitamins is not as tricky as it may seem at first. Pretty much all animal products are rich in B vitamins. Plant foods like broccoli, peas, whole grains, mushrooms, nuts and beans also contain plenty of most types of B vitamins.

So while it’s vital to recognize each B vitamin as an independent nutrient you need to be getting enough of, you should be fine if you simply keep a balanced and nutritious diet.

Now let’s break down the specific characteristics of every B vitamin so we can learn more about the differences and similarities of each.

An Overview of the Various B Vitamins

Before going further, the strange numbering system of the B vitamins needs to be addressed. While the numbers go up to 12, there are only really 8 different kinds. The reason is that there were once believed to be 12, but numbers 4, 8, 10 and 11 were removed from the list. For various reasons, they lacked certain characteristics which disqualified them from being classified as vitamins – similar to Pluto no longer being a planet!

*Vitamin B12 is often at the center of debates between vegans and meat-eaters over which type of diet is more “natural” for humans. Meat eaters argue that the fact that humans need vitamin B12 and that it can only be found in animal products is proof that we’re designed to eat meat.

Some vegans, on the other hand, argue that vitamin B12 was once abundant in things like soil, meaning that in the past, we could derive enough of the vitamin from vegetarian sources. But due to things like industrialization and modern farming techniques, we can no longer get vitamin B12 from plant sources like we used to.

Both sides make interesting points. Whichever side you take, though, the fact remains that nowadays, vitamin B12 can only be found in animal products or via supplementation.

As mentioned, if you’re maintaining a balanced diet then there should be little or no need for extra vitamin B supplementation, unless you’re vegan and need vitamin B12.

Though all the B vitamins are chemically distinct, it’s common for them to be lumped together as a single ‘vitamin B complex’ supplement since they share so many similar characteristics, and are commonly found together in many of the same foods.

There are a lot of varieties of B Complex supplements out there, with some promoting certain effects like ‘stress relief’ or ‘energy.’ It turns out that these might come with other added vitamins or nutrients. Not that that’s a bad thing, but B vitamins are confusing enough of a topic as it is, and it might be easiest to keep it simple.

I can’t vouch for it from personal experience, but at the time of writing Vitamin World is selling a ‘Complete B-Complex’ at 50% off. The product has a number of great reviews.

One B vitamin related supplement that I do have lots of experience with is ZMA, which is a mix of zinc, magnesium and vitamin B6. This may not be necessary for most people, but if you lift weights it can be a great way to build muscle, aid in recovery after a workout and also get a deep sleep at night. I’ve tried several different brands and find them all to be pretty much the same, at least from my experience.

Potential Vitamin B Side Effects

There aren’t many serious side effects from consuming too much of a B vitamin – especially compared to the devastating symptoms of being deficient! Some symptoms of overdoing it, though, might include nausea, constipation or abdominal pain.

I hope that’s cleared up some of the confusion surrounding the various B vitamins, and why there are 8 of them when there are only one of all the others. Furthermore, I hope you learned some new things about the powerful vitamin B health benefits and why it’s so important to make sure you’re getting enough of each. In the future, I plan to go over specific B vitamins more in depth. I also hope that this introduction can act as a useful reference for when you need a refresher on the differences and similarities between the organic compounds which make up the ‘vitamin B complex.’ 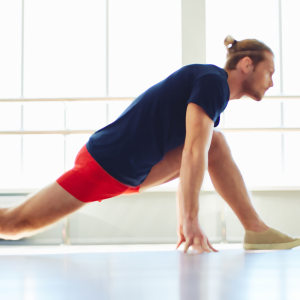 Several years ago I decided to turn my life around and start taking my health seriously. I became a true believer in the immense power that our food choices have over our physical and mental wellbeing. I’ve even encouraged close family members to adopt healthier diets and lifestyles and the positive transformations have been amazing. Now I spend my time writing about different ways we can improve our health and wellbeing with the right food and the right attitude. I hope that I can inspire a positive change in you, too!
All Posts »
PrevPreviousFighting Addiction Through Holistic Recovery
NextFight Disease Naturally With Goji BerriesNext